in One Location by Caring and Experienced Dentists and Specialists 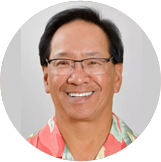 Dr. Tye established the dental practice in 1976 on the North Shore. He is a graduate of Northwestern University, where he also received his D.D.S. He served as the Team Dentist for the Northwestern University Athletic Department. His nine-year tenure included the Rose, Citrus, Alamo, and Motor City Bowls with the football team.

Dr. Tye, who wears the most colorful Hawaiian shirts this side of Waikiki, resides in Wilmette with his wife Carole. Their daughter Katelyn is a graduate of the University of Dayton.

He is a member of the Academy of Cosmetic Dentistry, the American Dental Association, the Chicago Dental Society, the Academy of General Dentistry and the Seattle Study Club.

Dr. Tye is also licensed in the State of Hawaii.

For the health and safety of our patients and employees, we are limiting our practice to emergency appointments only in our Skokie, Hoffman Estates, La Grange Park, and Lakeview offices. Please call with questions or to schedule an appointment.